Two years ago, Jeanne Froman, a then 93-years-young active grandmother, tap-danced her way into the hearts of caregivers at Methodist Hospital when she underwent a minimally invasive heart procedure designed for older, high-risk patients.

Fast forward two years later, caregivers at the HCA Healthcare affiliate in San Antonio are returning the favor with a surprise 95th birthday celebration, including a special guest from the NBA San Antonio Spurs Silver Dance team, in honor of their former heart patient and 2008 tap dancing contestant on the television show America’s Got Talent.

“We’re very proud to be part of this transition for her,” said Jorge Alvarez, MD, cardiologist and director of the South Texas Valve Center at Methodist Hospital. “Others basically said that she was 92 and nothing else could be done, and here she is with us, still tap dancing.”

Ms. Froman has been a dancer all her life. But she almost had to put her tap shoes away when she began suffering from congestive heart failure, a chronic progressive condition that affects the pumping of the heart muscle.  In Ms. Froman’s case, her valves were not closing properly; she was gasping for breath and had very low energy.

After three trips to the ER, Ms. Froman decided to follow her physician’s recommendation and undergo the Transcatheter Aortic Valve Replacement (TAVR) procedure.  Dr. Alvarez, who was among the first in the region to perform the technique, believes it is an important option for seniors because open heart surgery is not required.

With the TAVR method, an approximately two-hour long procedure, the new valve is positioned on a catheter and then inserted into the leg. It is performed in this way because many seniors are not good candidates for conventional valve replacement surgery due to the strength of their hearts.

Two years later, Ms. Froman is feeling as good as new, even tap dancing at her hospital-based birthday party.

“I’m used to having rehearsals before performances,” she explained before lacing up her tap dancing shoes. “I was a professional dancer. I have to tell you…no lessons. I got them out of the movies, Fred Astaire and Gene Kelly.”

And with that, she tap-danced her way into our hearts. We know she’ll do the same for our readers, too. Check her out below. 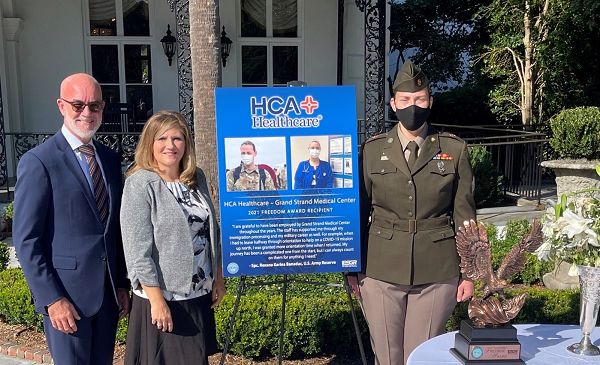